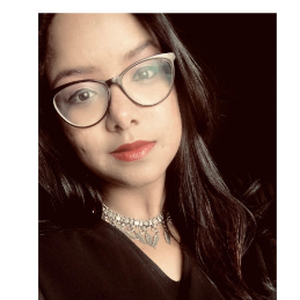 "Let me live, love, and say it well in good sentences."

Innovation through the decade: NETFLIX

Let’s begin this thought by defining exactly what “innovation” means. Innovation is referred to as the cycle of constant product discovery. Without the appropriate implementation of innovation, there will be stunted growth amongst various industries.

To elucidate the progression of innovative thoughts and ideas, or how it simply expands the scope of a venture, we will take a brief look into how innovation helped Netflix become the Alpha of the media world.

Initially, the 1997 established streaming company Netflix was mainly focused on movie-rental services for California residents. However, as years progressed and the internet became widely accessible throughout the country, entrepreneurs Marc Randolph and Reed Hastings decided to bring a new change to their rental services.

What was formerly a physical enterprise now becoming an online-based company that dealt with mail-order subscriptions in 1998, this innovation allowed the brand to reach a wider group of the audience throughout the nation while simultaneously ensuring efforts are made towards protecting consumers’ convenience, which led the company towards exploring new ways to provide services to them. One of the reasons to support this endeavor is the online-based mail order subscription model, which was first considered a boon, later on, developed to become a bane. This means a lot of inefficiencies and losses were created for the company, like DVDs/C.D. getting lost in the mail, stolen, pirated, and so on. Therefore, to rectify this issue, in 1999, the owners considered renewing the company's entire business model.

Thus, Netflix that we know of today was born. The company decided to enable consumers to stream different DVD movies through their online database for a low price. Successively, by 2000 and 2002, the company's popularity grew public, and they embedded “personalization” and “review” features into their streaming platform. Companies have to decide whether to compromise their manufacturing quality or continue production with the ongoing quality standards. Market visibility, by itself, was a major concern for Netflix during the incubation period of their company. To appeal to a larger audience in this incubation period, the brand had to undergo disruptive innovation, like the establishment of a production house to release movies or series. This is because, in addition to streaming T.V. shows and movies,

In the spirit of innovation, between the years 2008-2010, Netflix became digitally accessible on all electronic devices across the world. Today, owing to the progressive innovation culture instilled in the organization, Netflix is a 100-billion-dollar company and has production houses in over 190 countries.

Hence, as a result of global expansions, the brand felt the need to diversify its product line and produce its media. In a short while, the brand received many subscribers due to undertaking this venture and making quality movies.